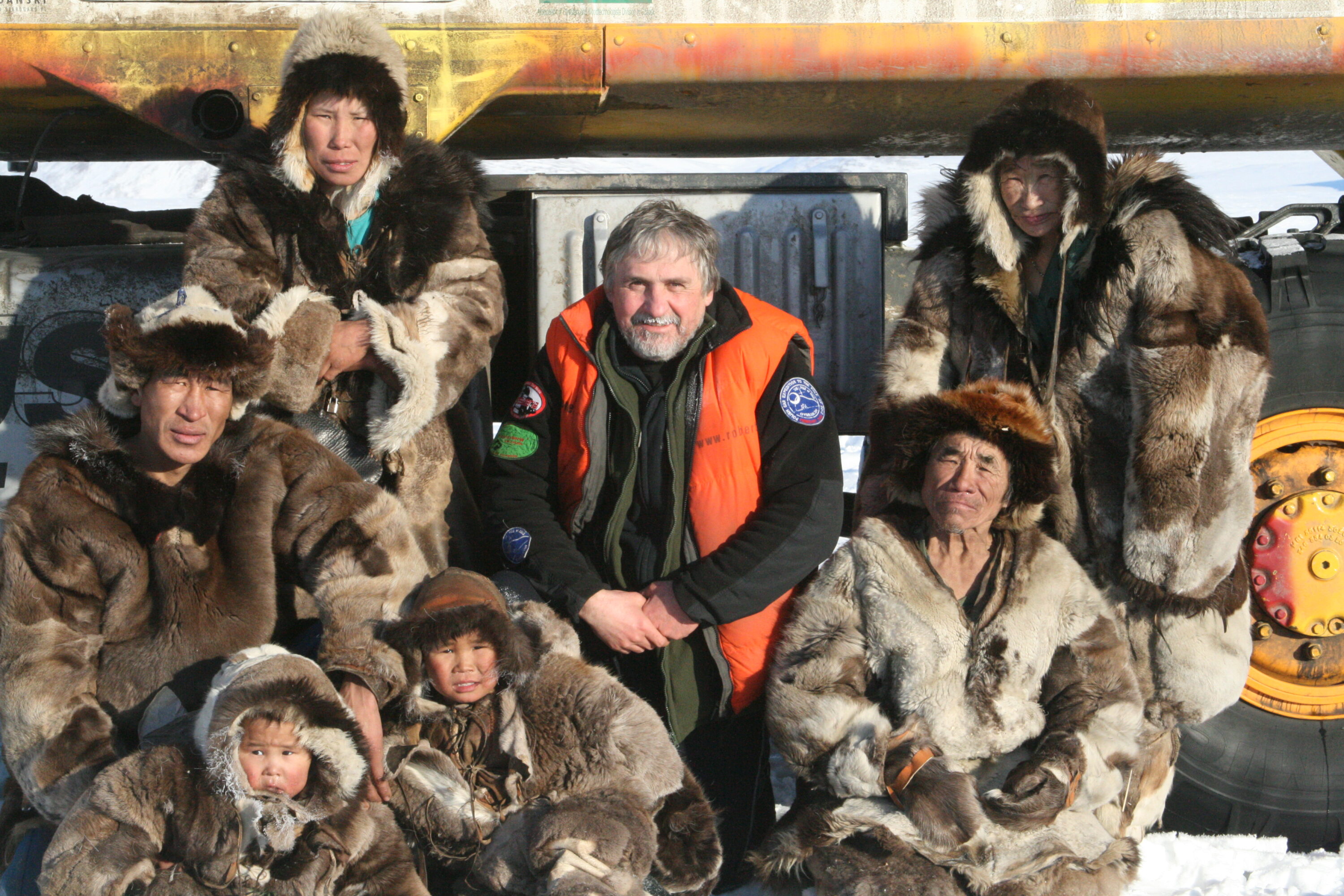 A pianist by profession. He loved life and the unspoiled nature more than anything and was magically drawn to the regions of the earth where man is still one with nature. He documented these places in books and photographs. He remained the undisputed expert on Siberia. Life took him from Poland to Switzerland, from where he set out to travel the entire globe along the lines of longitude. In 1994 he was the first in history to drive a passenger car from Zurich to New York. The route of this journey led through the endless areas of Siberia and North America.

For him the impossible was possible. He has traveled fifteen times by car under extreme conditions (-70 degrees Celsius) through Siberia. Several times he has organized expeditions in and around Mongolia. In 1998 he drove along the longest Siberian river Lena on a inflatable boat, from its source in the Baikal Mountains to the Arctic Sea (4,500 km). Alone he crossed the Atlantic in a rowboat (over 5,000 km). He organized the flight from Warsaw to Tokyo on a historic plane.

As a musician, in 2010 he gave the longest piano concert in the world with 103 hours and 8 seconds. So he found his way into the Guinness Book of Records. He kept repeating that all of this was possible thanks to the support of his family and friends, thanks to whom he always kept returning to Gdańsk.