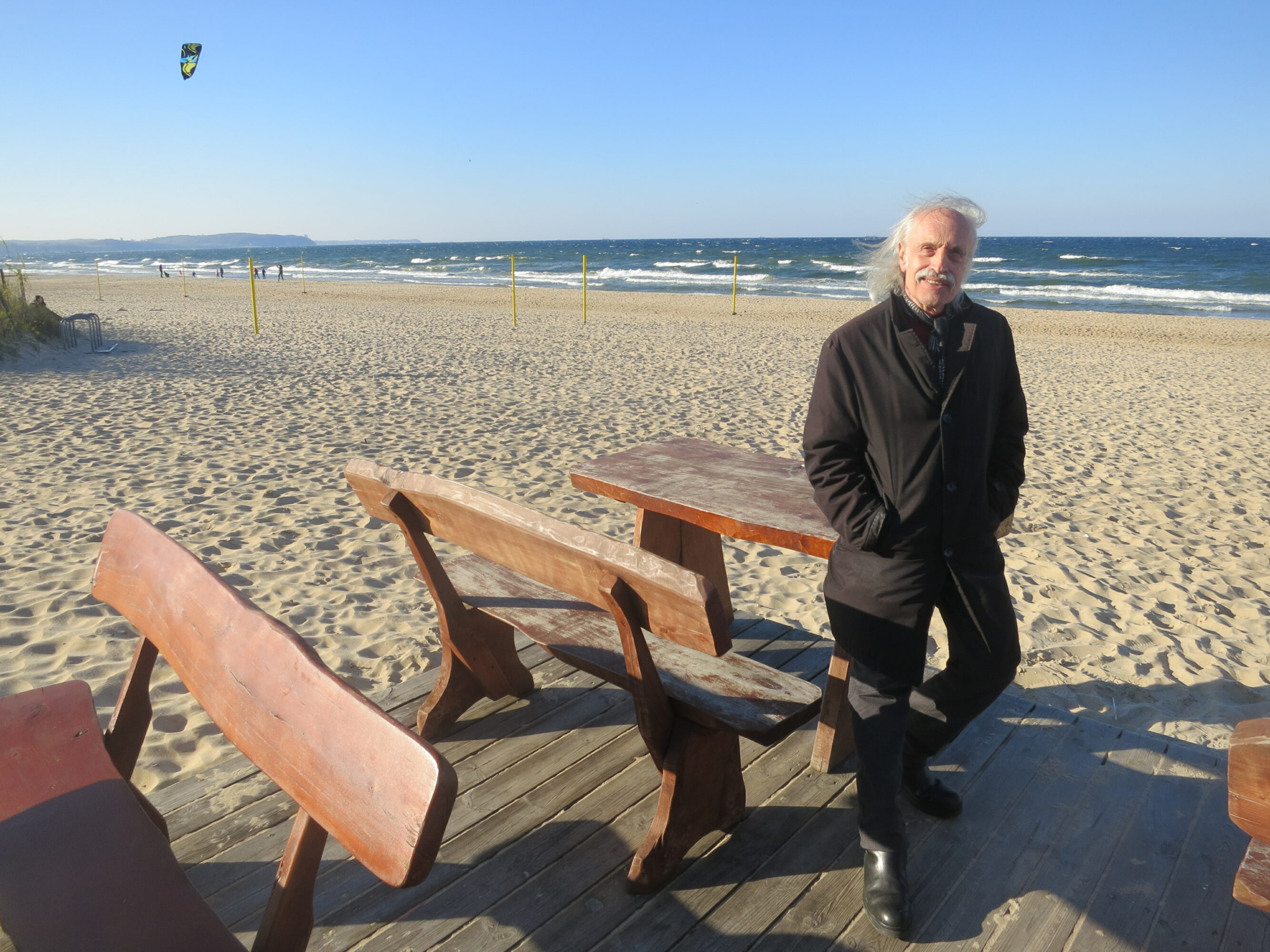 Joachim Lothar and Hans Jürgen were born as identical twins during the war. Immediately after the birth, the mother and the two twin brothers had to leave their home. In 1949, the children’s father was finally found in Vienna and the family reunited in Austria. After graduating from high school, both brothers began studying textile design, which they completed in 1963. Then they moved to Augsburg – Germany, where they shared an art studio until 1989. Joachim Lothar returned to Vienna, because he received a teaching position for art and design at the Higher Federal Institute for Textile Industry (Höheren Bundeslehranstalt für Textilindustrie). Since then they have been working separately, but as twins they were always closely related and visit each other frequently. Despite this close relationship, each of them developed his own artistic expression.

In 2005 Joachim Lothar was awarded the title of professor by the President of the Republic of Austria. From 2006 to 2012 he held the presidency of the Vienna Künstlerhaus. From 2012 until today he is President of Bildrecht Wien.

The long list of exhibitions includes, among others, the Haus der Kunst in Munich – Germany, the Künstlerhaus in Vienna – Austria, Art Gallery ForumNRD in Regensburg – Germany, Schaezler-Palais in Augsburg – Germany, Akhenaton Gallery in Cairo – Egypt, the Academy of Fine Arts in Moscow – Russia, the Museum of the City of Gdynia and the Gallery of the Association of Fine Artists of Poland (ZPAP) in Gdańsk – Poland.